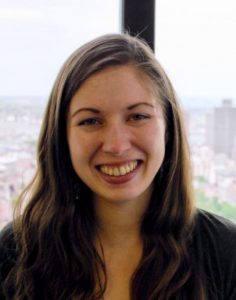 About Me: I received my BA in Russian Language & Culture and Asian Languages & Cultures from Hobart and William Smith Colleges in 2012. I also hold an MA in Slavic Languages and Literatures from UW-Madison. I am currently a PhD Candidate in Russian Literature with a minor in Folklore Studies at UW-Madison. My dissertation focuses on the early poetry of Russian dissident Natalya Gorbanevskaya (1936-2013), written while she was still living in the Soviet Union (approx. 1956-1975).