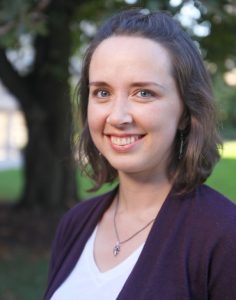 Area(s) of Study: German theatre and the use of theatre and performance in foreign language pedagogy.

About Me: I received my BA in German and Theatre from Denison University in Granville, OH. After graduating, I spent two years as a Fulbright English Language Assistant in Austria. I have since worked as a college ESL teacher, barista, daycare provider, kindergarten performing arts teacher and farm stand attendant, as well as doing internships at the Playwrights’ Center and the Guthrie Theater. For the past twelve summers I have worked at Concordia Language Villages, where I run German immersion theatre programming. I decided to return to school when I realized that theatre pedagogy is not just my favorite hobby, but is also an academic discipline with German speakers at the forefront.