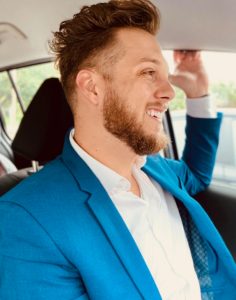 About: Michael Knudson is a Ph.D. candidate in Scandinavian Studies–Philology at the University of Wisconsin–Madison in the Department of German, Nordic, and Slavic. Michael received his B.A. in European Studies from Brigham Young University with an emphasis on Old Norse and Old English language, literature, and interaction. Following his B.A., Michael received his M.Litt in Viking and Medieval Scandinavian studies from the University of Aberdeen focusing on Norse and Celtic relations. The M.Litt. culminated in a dissertation on the perception and interpretation of the Christian term Guðníðingr (apostate) in a native saga context. Michael’s research interests lie in the sphere of cultural interaction and the adaptation and interpretation of cross-cultural interaction. His current research explores the nature and degree of monastic influence present in medieval Icelandic literature.