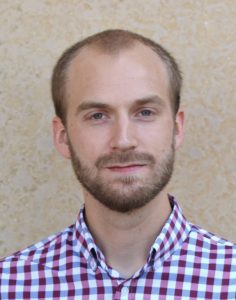 About: Ian McQuistion received his B.A. from the University of Alabama (Tuscaloosa) in International Studies and German in 2014 and his M.A from the University of Wisconsin–Madison in German in the spring of 2016. Currently a doctoral candidate in German Literature at UW–Madison, his research is focused on the intersection of politics, perceptions, and literature. The title of his dissertation is At Home in a Foreign Land: Russian Germans and Russian Jews as Cultural and Political Citizens, which is a study of the cultural and political relationships of Russian Germans and Russian Jews with the German state and mainstream society since 1989.