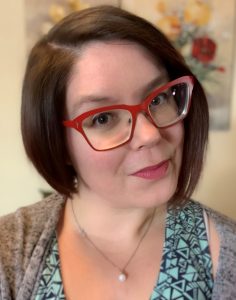 About: Brandy E. Wilcox is Ph.D. Candidate in the Department of German, Nordic, and Slavic at the University of Wisconsin-Madison. She holds undergraduate degrees in French and German languages and literatures from Truman State University. She received her master’s degree in German Literature from UW-Madison in 2016 with a concentration on world literature and fairytales. Her current dissertation project, tentatively titled “Of Wald and Walt: Race and Gender in German and American Fairy Tale Films,” focuses on the development of fairy-tale films within contrasting political contexts. Her research interests center on the transmission of tales across time and space, GDR and post-GDR literature and film, and Middle High German epic literature. Her article “Brothers Grimm,” exploring the influence of the Grimms’ fairytales within the context of world literature will appear in the forthcoming Wiley Blackwell Companion to World Literature (2019).