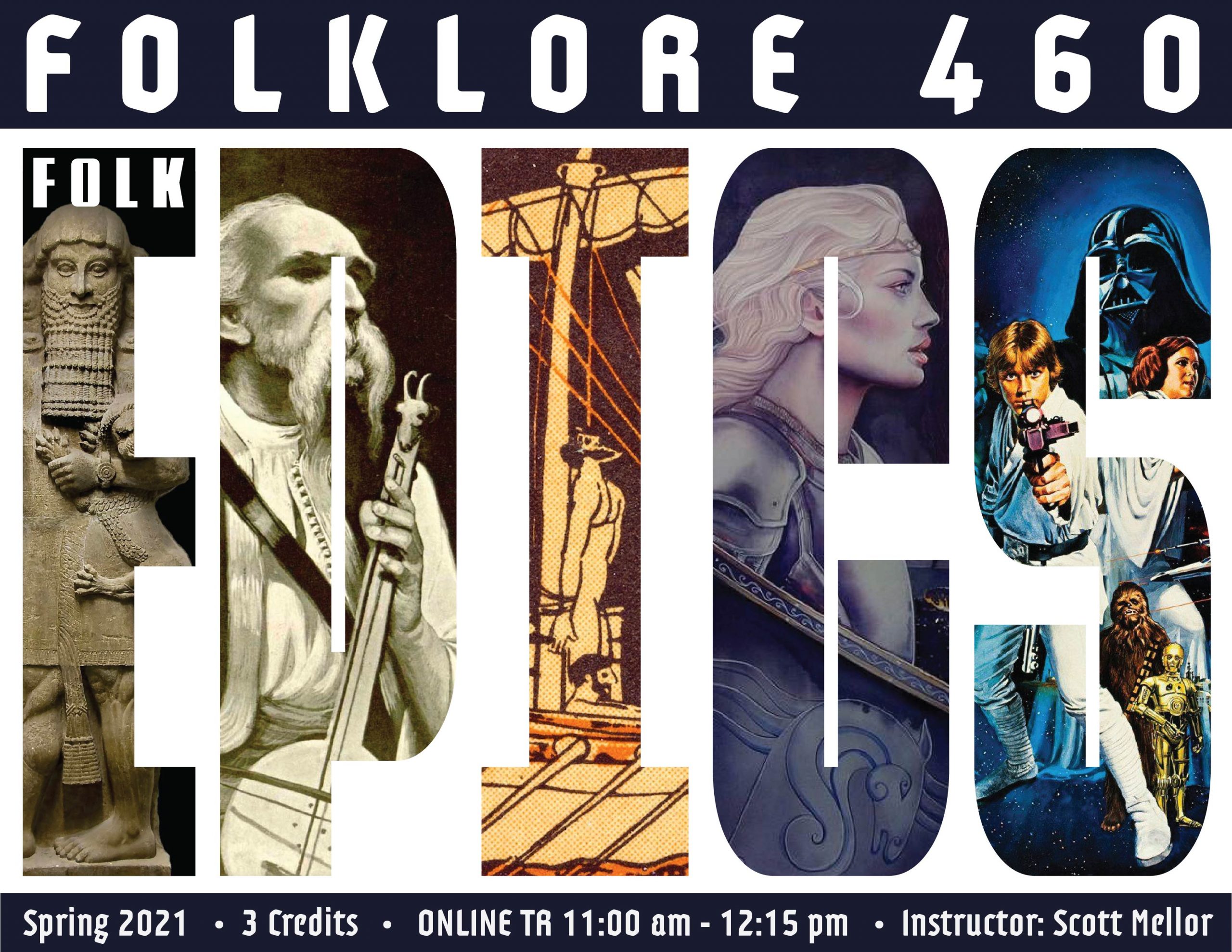 What are epics?  What is Orally composed story? Narratives like Homer’s Iliad and Odyssey are often viewed as oral epics that have been transposed into writing. Scholars over the past one hundred years have looked at why we like to listen to story and how these stories were put together. In this class we will look at epic through the ages, from Gilgamesh to Star Wars. This course approaches the Folk Epics along theoretical lines, with a look at the oral nature, structure, performance traditions, and epic ideology, from various world areas and what may have taken the place of the oral epic in our own society.