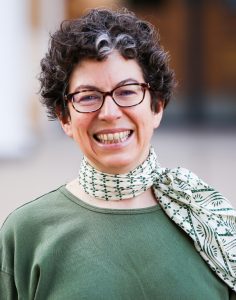 About Me: I have dual interests in Russian Modernist poetry and in Russian language pedagogy, and music intersects with both interests. I hold bachelor’s degrees in both Russian and piano performance from Oberlin College and Conservatory, and I completed my Ph.D. in Slavic Languages & Literature, with a focus on Russian Modernist poetry, particularly the work of Boris Pasternak and its intersections with German Romanticism, in 1996. While I was completing my dissertation, I worked as Fulbright Representative to the Russian Federation and director of the Moscow Fulbright Office from 1993-1996. From 1996-2009 I was Assistant, then Associate Professor at Ohio University, where I directed the biennial Ohio University Spring Quarter in Moscow Program (1998-2008). Concurrently I worked at the Kathryn Wasserman Davis School of Russian, Middlebury College, first as Lead Teacher for Level 1 (2001-2003), and then as School of Russian Director (2004-2009). At Ohio University, and now at the University of Wisconsin – Madison, I have taught Russian language at all levels, 19th- and 20th-century Russian literature in Russian and English, and various courses on Russian culture with a particular focus on music, and, at UW-Madison, Slavic language pedagogy. I serve as director of the UW-Madison Russian Flagship Program, a collaborative effort with the Language Institute, the doctoral program in Second Language Acquisition, and the Center for Russia, East Europe, and Central Asia; I am also faculty director of Russkii Dom, the Russian-language floor in the International Learning Community. My publications (see below) have reflected my dual interests in Russian literature and Russian language pedagogy.