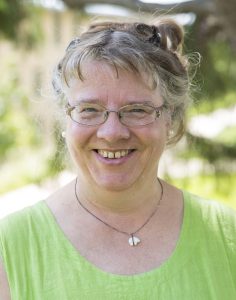 About Me: I have been a faculty member in German since 1992 and served as Faculty Director of the Honors Program for the College of Letters & Science from 2015 to 2021. I teach modern German literature, literary theory, and theater, and received a UW-Madison Chancellor’s Distinguished Teaching Award in 1999. Between 1993 and 2017, I produced and/or directed 13 “German Plays” on campus (including plays by Handke, Dürrenmatt, Gryphius, Soeren Voima, Horváth, Fassbinder, Büchner, and others). I am affiliated with the Theatre Department, Interdisciplinary Theater Studies, and Visual Culture. 2003-2007 I served as Vice President and President of the International Johann Gottfried Herder Association and am a long-time member (and sometime Executive Council member) of the International Society for the Study of Time. I have served as Book Review Editor of the journal Monatshefte continuously for two decades. A Griebsch Bascom Professor of German (since 2018), in 2021 I received the UW-Madison Hilldale Award for the Arts and Humanities as well as the Herder-Medaille awarded by the International Herder Society.