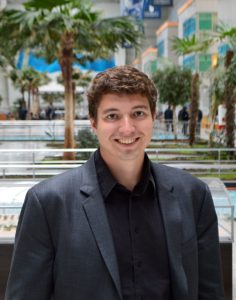 About: Brian received his BA in Russian and International Relations from Carleton College. After graduating from Carleton, he was awarded a Fulbright Graduate Student Research Fellowship in Russia. Brian lived in Ulan-Ude, the capital of the Republic of Buryatia, and researched the cultural sustainability of tourism development and the use of tourism narratives to increase the political capital of the minority ethnic populations of Buryatia. Brian completed his MA in Russian, East European, and Central Asian Studies at UW-Madison and wrote a Master’s Thesis that is titled: “Shaken Aimanov and Abdullah Karsakbaev’s Foundations of Kazakh National Cinema.” During his time at UW-Madison, Brian has been closely involved with the Pushkin Summer Institute-Abroad program, working as a project assistant for the program before serving as the Assistant Resident Director and the Resident Director of the program from 2016-2018. Brian is writing his dissertation on tragedy in Russian literature and film of the 1920s; his current chapter analyzes Konstantin Vaginov’s Goat Song as a response to contemporary theories of tragedy.