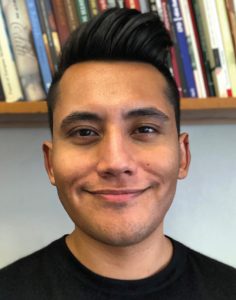 About: Benjamin Mier-Cruz received his PhD from the University of California, Berkeley and taught at the University of Oregon for three years before joining GNS. Benjamin’s main research interests are modern Scandinavian literature and film with a focus on writers and filmmakers of color and intersectional representations of gender, sexuality, and race. He is additionally interested in  transgender studies, queer theory, black feminist theory, and German literature and film. His recent journal articles include “Brown Eyed Boy: Narrating Internalized Oppression and Misogynoir in Jonas Hassen Khemiri’s Everything I Don’t Remember” and the co-authored “Dracula or Draculitz? Translational Forgery and Bram Stoker’s ‘Lost Version’ of Dracula.” His current book project is about contemporary representations of non-whiteness in Scandinavian literature and visual culture.  Benjamin is also a translator.