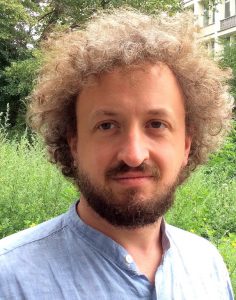 Research/Language Interests: Literature and politics in Russia and Europe from the early modern period to the nineteenth century; literary theory; political theory.

About Me: My research interests generally revolve around the interplay between literature, political theory, political theology, and intellectual history in early modern and imperial Russia in a pan-European (German, English, and French) perspective. For many years, my focus has been on court poetry and drama of the eighteenth century, resulting in a book on early Russian tragedy as a genre uniquely equipped to stage visions of sovereignty. I am currently working on another book-length study illuminating the political and theoretical underpinnings of the introduction of Western science into Russia under Peter the Great in the early eighteenth century.

My second area of interest is Russian realism, from its roots in eighteenth-century sentimentalism to the era of Great Reforms. I am interested in how ‘realist’ fiction functioned as a central medium for modernity’s social knowledge and political imagination. My second book project investigates the interplay between the sentimental gaze and political economies from Karamzin to Dostoevsky (and, in a broader perspective, from Adam Smith and Rousseau to Marx). Some of the other topics I am interested in are the political eschatology in late Gogol and Hegelian Germany; sovereignty and violence in War and Peace and the literature of the Napoleonic wars; and the relationship between modernity and the post-Romantic lyric in Russia and Germany.

(full list of publications and awards included in CV)