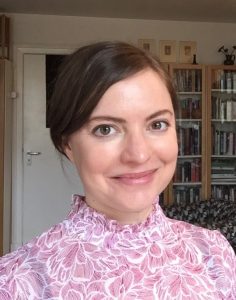 About Me: Much of my research so far has focused on the syntax and morphosyntax of early Germanic, in particular Old High German and Old Saxon. My current book project is a corpus-driven, philologically sensitive analysis of ninth-century German clause structure. In addition to teaching courses in historical linguistics and early Germanic languages and culture, I will enjoy offering courses on gender and language, the dialects of German and linguistics and poetry.