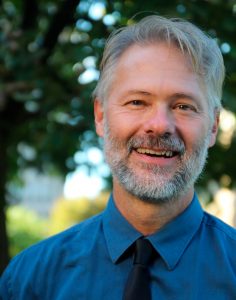 About: Tom DuBois is the Halls-Bascom Professor of Scandinavian Folklore, Folklore, and  Religious Studies in the Department of German, Nordic and Slavic. He is currently chair of the department. His research focuses on the ways in which people think about and use the idea of tradition in their lives, with particular attention to Finnish, Sámi, and medieval Nordic cultures, as well as Indigenous Wisconsin communities and communities of people descended from Nordic settlers in North America and the British Isles. His various books look at the Finnish national Epic Kalevala, Viking Age religion, medieval saints’ lives, medieval sagas, lyric and narrative song, shamanism, literature, wood carving, sacral landscapes, and the workings of social media.