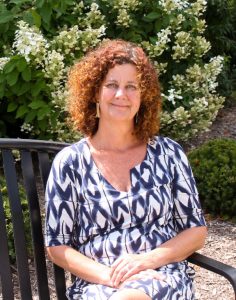 About: I am the Vilas-Phipps Distinguished Achievement Professor at the University of Wisconsin-Madison. I have a dual interest in Russian Studies and Theatre for Youth, and have been able to combine these two large areas of research during my studies and my career at UW-Madison. When I came to the United States in 1990 I enrolled in the Master’s program in Theatre at Penn State University. At the same time, I was offered a job as a lecturer in the Russian Studies Program. Ultimately I would teach Russian I, II, and III for the Department of Slavic and East European Languages at Penn State. At Arizona State, I wrote my dissertation on theatre for young audiences in Russia and the changes in the ideological and educational function with Glasnost and Perestroika. As I was a tour-guide to Eastern Europe and Russia from 1986 to 1989 I had the chance to observe these changes first hand, and this gave me the necessary background for on-site research for the dissertation. In 1997 I came to the University of Wisconsin – Madison as a Visiting Assistant Professor in the Department of Theatre and Drama. I received a tenure track position the year after.  Much to my luck I was not only charged to revivify the dormant Theatre for Youth program as the Director of Theatre for Youth, but was also able to keep my Russian study skills alive through research and lecture opportunities with CREECA, the Center for Russia, East Europe, and Central Asia, and by teaching cross-listed courses like Russian Theatre History in Slavic.  Thus, I was uniquely able to maintain a rather unlikely research track. This research has led to a number of publication but also to invitations to workshops and lectures, among others in Moscow, Rostov on-the-Don, St. Petersburg, Balashikha, as well as Beijing, Buenos Aires, Worcester, Amsterdam, Tokyo, Bologna, and Linz among other places.

In 2006 I was invited to Kristiansand, Norway, with seven other scholars from seven different countries to discuss the place of research in Theatre for Young Audiences in our respective nations and cultures. This led to the creation of ITYARN, the International Theatre for Young Audiences Research Network, of which I was chair until 2014. ITYARN rapidly grew, presented at and co-organized several forums, conferences, and symposia and published a number of volumes coming out of these events. In 2011 ITYARN became the official Research Network of ASSITEJ, the International Association of Theatre for Children and Youth, with membership and national centers in over 100 countries. In 2014, I became the first researcher to serve as a member on the ASSITEJ Executive Committee (15 persons from 15 different countries).

At UW-Madison I have been the recipient of three Ira and Ineva Reilly Baldwin Wisconsin Idea Endowment Grants; two 3-year grants for expanding Theatre for Young Audiences beyond University Theater and one seeding grant to introduce theatre and performance in the Oakhill Correctional Institute. When possible I still volunteer to give theatre and drama to the inmates of Oakhill as part of the Oakhill Prison Humanities Project.

My current research project is a monograph on Nataliia Sats (1903-1993), who has been a major force in the creation of Theatre for Children and Youth as we know it today.