José Vergara is a 2016 PhD alum of Slavic Studies at UW-Madison and is currently a Visiting Assistant Professor of Russian at Swarthmore College. Alongside his main interest in Russian literature, José has cultivated an interest in Czech literature — with a particular emphasis on the poetry of Ivan Blatný.

He has published one article on Blatný’s poetry in the Prague-based journal Slovo a smysl / Word & sense (“Reading the Body: Corporeal Imagery, Language, and Identity in Ivan Blatný’s Pomocná  škola Bixley”) and has another forthcoming in The Slavic and East European Journal (“Lard, Macaroni, and the Mundane: Food as Metapoetic Device in Ivan Blatný’s Bixley Remedial School”). In January 2020, José gave a talk at the Czech Center in NYC about Blatný on the publication of The Drug of Art: Selected Poems (edited by Veronika Tuckerová and published by Ugly Duckling Presse) and in honor of what would have been Blatný’s 100th birthday. In addition to this, he recently interviewed the celebrated contemporary Czech poet Martin Reiner, who also has a fascination with Blatný, for the Los Angeles Review of Books.

While I was studying in Prague in summer 2011, a friend recommended that I look into Blatný’s poetry after I mentioned how much I like the Russian avant-garde poet Daniil Kharms. I remember running around Prague trying to find various editions of Blatný’s books. When I did, I was instantly fascinated by both his life and his work. There’s so much to appreciate: his flight to England, the question of whether or not he was really mentally ill, the way he mixes multiple languages in his poetry, the scope of his vision and references. I hadn’t read anything like it, and he still seems so special.

Why might we want to read IB and in particular the book published by Ugly Duckling Presse?

For me, one of the joys of reading Blatný is trying to figure out the connections between his imagery. The way multilingual puns bounce off one another, the chains of thoughts that seem, on the surface, to be totally unrelated. They’re not exactly puzzles, but they’re little portals into the fascinating mind of a poet who had nothing to do except sit around and compose all day. At a time when we’re all spending a bit too much time in our own heads, it’s nice to escape into Blatný’s world.

The Ugly Duckling Presse volume is an excellent introduction to Blatný and well worth picking up. In my research, I focus on Blatný’s later poetry, but The Drug of Art features selections representative of his entire career, both in Czechoslovakia and in emigration. There’s something for everyone, whether you enjoy the weird, quasi-surrealist works or more traditional lyrics. Plus, you get to support an independent press publishing amazing books.

Do you plan more work on this complex poet?

I’d like to! As Reiner notes in our interview, Blatný wrote thousands and thousands of poems, so there’s a great deal of material to explore. What has been published is only a fraction of what’s out there, of course. Beyond that, there’s been relatively little work on Blatný overall, especially in English, so I think we still need to find more synthetic ways of reading Bixley Remedial School. On a smaller scale, the research project that I’m wrapping up now focuses on Russian literary responses to James Joyce. Blatný also included several references to Joyce in some of his poems, so I’d be interested in digging into those texts and seeing what’s there. There are some obvious parallels between the two—life in exile, radical linguistic experimentation—that might prove fruitful. Maybe Blatný’s macaronic language is a different kind of Finnegans Wake…? 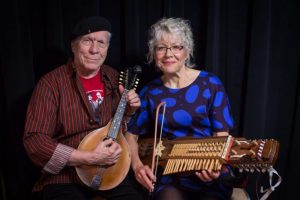